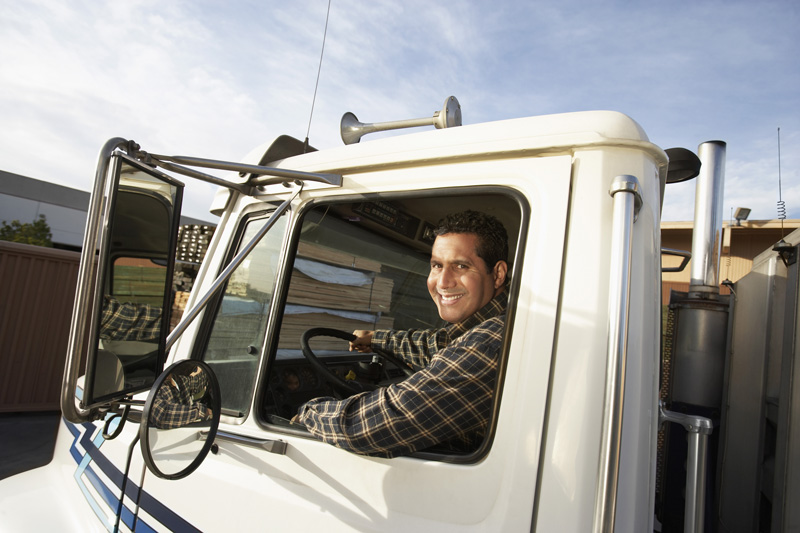 Overtime is not a given for CDL drivers.  In fact many times there will be no overtime, unless the employer is offering it as part of a job as an incentive to attract better drivers.

It’s not the CDL license itself, nor the requirement that a CDL license is required that exempts the driver from overtime.  Rather it’s provisions in the various state and Federal laws which do it.  Many states exempt commercial drivers from overtime coverage, and some do not.  Typically the state law will read something like this:

(a)      Except as otherwise provided in this section, each employer shall pay an overtime wage of at least 1.5 times the usual hourly wage, computed in accordance with § 3-420 of this subtitle.
….
(c)      This section does not apply to an employer with respect to:
(1)      an employee for whom the United States Secretary of Transportation may set qualifications and maximum hours of service under 49 U.S.C. § 3102;
…..

Of course some states, such as Washington have no such exemption, and you must be paid overtime if you live in Washington, even if you cross state lines.

Bostain v. Food Exp., Inc., 153 P. 3d 846 – Wash: Supreme Court 2007
The Bostains maintain that Mr. Bostain’s employer, respondent Food Express, Inc., is liable to Mr. Bostain under Washington’s Minimum Wage Act (MWA), chapter 49.46 RCW, for overtime based on all hours worked, whether within Washington State or outside the state. We agree. By definition, an interstate trucker will spend some hours driving outside Washington State. RCW 49.46.130(1) requires overtime compensation for interstate truck drivers. The statute makes no distinction between the hours spent driving in state and those spent driving outside Washington. Accordingly, we reverse the Court of Appeals.

In the Washington case above, the Court overruled years of interpretation by the state regulators in favor of the driver.  Further some states like New Jersey have found that the overtime exemption in their own laws don’t apply to various types of CDL work, even if they would appear to do so at first glance.  So study your state’s laws closely.  Assuming you aren’t protected by state law, you need to then analyze the Federal laws.  In this area Federal law does not preempt state law, and you get the benefit of the more favorable law.

If you are exempt from overtime under the state law (most states, but not all), then we look to see if you are owed overtime under the Federal laws.  The Fair Labor Standards Act (“FLSA”) requires overtime for work over 40 hours, except for exempt employs.  However, Section 13(b)(1) of FLSA (commonly known as the “motor carrier exemption”) exempts drivers from the maximum hour and overtime provisions of the Act. See 29 U.S.C. § 213(b)(1). Specifically, the motor carrier exemption states that FLSA’s hour and overtime provisions are not applicable to “any employee with respect to whom the Secretary of Transportation has power to establish qualifications and maximum hours of service pursuant to the provisions of section 31502 of Title 49.”  Section 31502 provides the Secretary of Transportation with the power to regulate employees who work for motor carriers and motor private carriers “when needed to promote safety of operation.” 49 U.S.C. § 31502(b)(2).

The Department of Transportation has defined interstate commerce as:

“A motor carrier is engaged in ‘interstate commerce’ when transporting goods either originating in transit from beyond the State or ultimately bound for destination beyond the State, even though the route of a particular carrier is wholly within one State. Merchants Fast Motor Lines, Inc. v. Interstate Commerce Commission, 528 F.2d 1042 (5th Cir. 1976). Traffic need not physically cross state lines to be in interstate commerce if the goods carried are in the course of through transit. ‘Through Transit’ is not to be confused with purely ‘local’ traffic not destined for points outside the state of origin. Id. For example, though the transportation by a carrier may be between points wholly in the same state, if the shipment originated outside of the state and was part of a continuous movement, then the in-state movement would be considered to be in interstate commerce.” Shew v. Southland Corporation (Cabell’s Dairy Division), 370 F.2d 376 (1966). See United States v. Western Pacific Railroad Co., 352 U.S. 59, 77 S.Ct. 161 (1956).

The United States Department of Labor has a fact sheet (written 5 years ago) which reads,

Section 13(b)(1) of the FLSA provides an overtime exemption for employees who are within the authority of the Secretary of Transportation to establish qualifications and maximum hours of service pursuant to Section 204 of the Motor Carrier Act of 1935, except those employees covered by the small vehicle exception described below.

Thus, the 13(b)(1) overtime exemption applies to employees who are:

a)  The employer is shown to have an involvement in interstate commerce; and

b)  The employee could, in the regular course of employment, reasonably have been expected to make an interstate journey or could have worked on the motor vehicle in such a way as to be safety-affecting.

Notwithstanding the Section 13(b)(1) exemption, the overtime provisions of Section 7 of the FLSA shall apply to an employee of a motor carrier or motor private carrier in any work week that:

1.    The employee’s work, in whole or in part, is that of a driver, driver’s helper, loader or mechanic affecting the safety of operation of motor vehicles weighing 10,000 pounds or less in transportation on public highways in interstate or foreign commerce, except vehicles:

(a)  Designed or used to transport more than 8 passengers, including the driver, for compensation; or

(c)  Used in transporting hazardous material, requiring placarding under regulations prescribed by the Secretary of Transportation;

The Section 13(b)(1) exemption does not apply to an employee in such work weeks even though the employee’s duties may also affect the safety of operation of motor vehicles weighing greater than 10,000 pounds, or other vehicles listed in subsections (a), (b) and (c) above, in the same work week.

The Section 13(b)(1) overtime exemption does not apply to employees not engaged in “safety affecting activities”, such as dispatchers, office personnel, those who unload vehicles, or those who load but are not responsible for the proper loading of the vehicle. Only drivers, drivers’ helpers, loaders who are responsible for proper loading, and mechanics working directly on motor vehicles that are to be used in transportation of passengers or property in interstate commerce can be exempt from the overtime provisions of the FLSA under Section 13(b)(1).

So in summary, if you cross state lines in a CDL-A class vehicle, or you haul intrastate goods which are heading out in interstate commerce, you probably have no overtime protection available under the Federal laws.  But don’t forget to check your state’s law.

Here are some related links you might want to read:

California Overview – This overview is state specific by a California lawyer.

What Drivers Say About CDL

"I wanted to thank you for the opportunity to work with you. I am really satisfied with the position." Floyd F.

"Your guys are fantastic. Thanks for everything you have done for me." Bruce D.

"I wish I had found out about CDL years ago." Gary L.

“I’m 59 and never had it like this. Excellent people. I’m thankful to be here.” Doug C.

"Getting plenty of hours. Everything is great." Rob V.

"The job you guys got me not only paid well, but it gave me the chance to be home and see my son play ball." Brad D.
"When I wanted to get back on the road I had trouble finding a good job that would take me. Thanks for helping me." Larry S.
"As a woman driver I've never felt more welcomed at a company." Beth W.